Biggest AI trends for 2022 and the years Ahead

Biggest AI trends for 2022 and the years Ahead 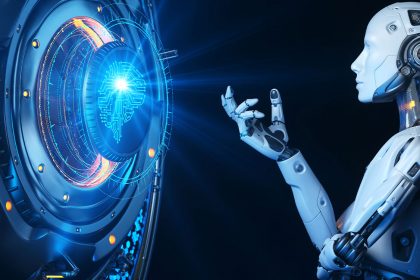 In 2022 we will see artificial intelligence take the stage to become the most transformative technology we as humans have ever developed. According to Google CEO Sundar Pichai, its impact will be greater than huge discoveries such as fire and electricity on the development of our species and its future. Let us have a look at some of the key trends that we’re seeing and are bound to see more of in the future.

AI Will Augment Our Workforce

We will see more of our jobs being outsourced to AI because they can do now amazing things. They can read write, speak, smell, and do many more things that previously only humans were capable of doing. This would free up humans to do things that we as humans can do best. Things like creativity, emotional intelligence, and all the other things that we as humans excel at and we can give some of the mundane and repetitive work to the AI. this will impact a workforce across every sector and every job in the upcoming years, starting from 2022 itself.

Language modeling is the process that allows machines to u understand and communicate with us in the language that we understand. We can even use it to take natural human language and can turn it into computer code that can run programs and applications. We have recently seen the release of GPT 3 by Open AI, the most advanced and largest language model ever created consisting of around 175 billion parameters. So, variables and data points that machines can use to process language and open AI are known to be working on its successor GPT-4 which will be even more powerful. Details haven’t been confirmed yet GPT-4 is believed to contain 100 trillion parameters, making it 500 times larger than GPT-3 and in theory taking a big step closer to being able to create language and hold conversations that are indistinguishable from those of a human. It will also become much better at creating computer code.

This year the world economic forum found cybercrime as potentially posing a more significant risk to society than terrorism. So as machines take over more of our lives, hacking and cybercrimes inevitably become more of a problem. AI is particularly good at analyzing network traffic and learns and recognizes patterns that might suggest nefarious intentions.

AI and The Metaverse

Metaverse is the name given to a unified persistent digital environment where users can work and play together. It’s a virtual world like the internet but with an emphasis on enabling immersive experiences often created by the users themselves. People like Mark Zuckerberg and companies like Microsoft are coming together and helping to build the metaverse. AI will undoubtedly be a linchpin in the metaverse.

Low Code and No Code AI

What we will see in this is much of what we’ve already seen with web design. In the past, you need to have incredibly detailed programming skills to create a website. Now we have a much simpler dragging and dropping graphical interface that we used to build our websites. The same will happen to artificial intelligence and machine learning where we have simple tools that we can use to build out AI. So less reliant on detailed skills and more on AI to develop applications. This will truly democratize AI technology.

Traditionally we have seen artificial intelligence as something that relies on big data. We need algorithms, neural networks that use huge volumes of data that we then use to train them. So, they were software centric. The new idea is that we will focus more on the data because lots of applications beyond the big tech mega-companies that have access to billions of data sets are very structured. If you look at other settings like healthcare manufacturing, they don’t have the same sets. They haven’t got the same generic data points. So, for those to use AI we need to rely more on data. So, we need to have better, more quality data.

Tesla says that its cars will demonstrate full self-driving capability by 2023. Its competitors, companies like google and apple, are all expected to announce major leaps forward in the next year. The future will also see autonomous ships crossing the Atlantic.

AI has now become creative. We can now use it for core creativity. AI’s can now already be used for tasks like printing headlines for articles and newsletters. We can use it to design logos and infographics. The creative side of AI will explode over the coming years.

Introduction of Robots in the Healthcare System