Python is the most widely used multipurpose, interpreted high-level programming language. It is an object-oriented programming language that aims at helping programmers write clear, logical code for large projects. It gives programmers the freedom to type less as python is smaller than other programming languages as Java. python has a huge collection of the standard library which can be used for machine learning, GUI application, framework, multimedia, and so on.

Python- the most popular language

In recent research, experts found that in the year 2020, most people registered to learn Python. Also, there was a sudden rise of 27% from the previous year. The reason behind this increment was the ease of use and a wide range of applications. Its simplicity of language and strong performance make it easy to use. For beginners, it is the winning formula to start their career with python. Python helps in keeping the code clean, simple to understand, and easy to maintain over time. They use Python in academics as well as in industries. With time people are switching to Python seeing its flexibility. Python is also enriched by libraries that extend the functionality of the language to perform different tasks. So, these libraries can be accessed by other people through a python management system.

The reason why Python is a ‘Grown-up’ language

Python code helps in reducing runtime and save computational resources. It enables developers to build and release their work in a short time. With the various tools available in python, developers can build an application in no time using efficient solutions.

Because python is easy, powerful, and versatile, it is used by both researchers in labs and industrialists. All the tech-giant companies use python. Some successful brands are Google, Facebook, Amazon and the list goes on. Python makes it easier to do coding for the Internet Of Things. You can also investigate the dephasing time and fluctuation gap. Python is a flexible language and can be used in projects of any size.

Python is an interpreted language. That means code runs line by line. You will not have to wait till the completion, you can see the result even after completing a few lines. It does not know what is coming up, but it does know what is in the front of it now. Python figures out everything while the code is being run. Python is good for developing and prototyping. It is good for the beginning stages of the program. But as the program will be ready you will have to switch to another language because it will run faster

Python is a dynamic programming language. It figures out everything on itself. The programmer does not have to mention specifically everything. While you are on a big project it is really irritating to write small details, python makes it easier for you. Python is not limited. Whatever you are looking for you can do it all in python. Python is a dynamically typed language. This means that the Python interpreter does type checking only as code runs, and the type of a variable is allowed to change over its lifetime. In python, it is the program’s responsibility to use built-in functions.

All grown-up: mature and open source

Python is a fully developed language. Also, there are no flaws in the programming language. Python is open-source, which means anybody can work on it. If your code has bugs, everyone can work on fixing it. Python is free and not different from any other language. It is available for everybody to use freely for any kind of purpose. An OSI-approved open source license developed Python. It is freely available, usable, and distributable.

Pros and cons of python

Python is a general-purpose programming language. From all these points we have come to the conclusion that Python is one of the most popular languages because it is easy to learn and implement and can be used to develop a wide variety of applications. Python is not limited. Hence, is a universal and scalable language that can be used for various types of projects.

Several developers prefer python because it is a suitable language for both beginners and experts. Python is well structured and pleasing. It does not use complicated programming words. With python, you can do more with less. 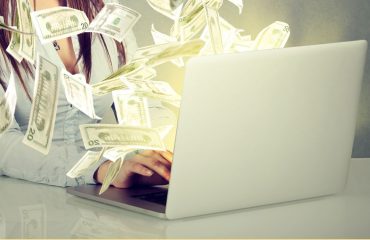 Should You Be Spending More Time And Money On Your Website?

Top 10 NASA Inventions That We Use Today